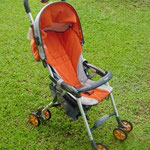 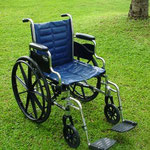 Mass cremation at the Marpi jungles

THE silence of the damp morning air was broken by the crackling and hissing sound as dried pieces of wood caught fire from the lighted torches. Members of the Kuentai, a Japan-based non-profit organization whose goal is to return the remains of these dead soldiers to their homeland was starting the first ever mass cremation of the human remains of 575 Japanese soldiers who died in Saipan, Commonwealth of the Northern Mariana Islands, during the bloody World War 2.

While the entire nation was recollecting the horrifying 9/11 events 10 years ago, the Japanese community in Saipan were also mourning for their soldiers who lost their lives.

But unlike that fateful day when their bodies were dumped and buried in a mass grave over 67 years ago, the skeletal remains that were recovered following months of excavation from different areas in Marpi were neatly piled and stacked on tin plates and placed on top of firewood.

Under the shade of a canopy, representatives of the Japanese community and local island officials honored the memory of the dead soldiers and offered flowers for the sacrifices that they gave. The atmosphere in the small clearing that was once an airport in Banadero, Marpi took on a surreal mood as the yellow and orange fires hungrily licked the firewood that would eventually reduce the pile of bones into ashes, the only remnants of the Japanese soldiers who gave the ultimate sacrifice during the battle.

Trying to overpower the strong smell of gasoline and the stench of burning bones, I went around in a blur, capturing the memories of the first open cremation I have ever witnessed on camera.

As the flames on each pile got hotter, the smoke got thicker and rose higher above the treetops surrounding the area. If you close your eyes you could almost see the souls of the dead soldiers rising up with the smoke from the bone piles.

547 sets of the soldiers' remains were unearthed from the mass grave the Kuentai group excavated in the village of Achugao, San Roque, Saipan, in May and June this year. 28 sets of skeletal remains have been excavated earlier and had been stored at the CNMI Historic Preservation Office and added to the latest number of human remains.

In a solemn ceremony, Yukio Tanabe, Envoy of the Japanese Government for the Recovery of the Remains in Saipan expressed his thanks to the members of the recovery mission, the CNMI government and the local people for the recovery of the remains of our soldiers on Saipan.

Kuentai secretary general Usan Kurata said that the 575 recovered remains was like scratching the tip of the iceberg. Kurata said that there are still over 26,000 remains of Japanese soldiers on Saipan that they are hoping to excavate, cremate and give a proper burial in Japan.

The excavation and cremation raised quite a storm among locals, and especially from former U.S. soldiers who questioned the identity of the human remains, if all of the bones belonged to Japanese soldiers, safety concerns over holding an open air cremation, and other issues.

Kuentai said that the remains of Japanese soldiers cremated after proper identification procedures. The Kuentai Bereavement Group showed a 60-page report on the project done by archaeologists Randy A. Harper, Marilyn K. Swift and principal investigator Michael A. Fleming of the Swift and Harper Archaeological Resource Consulting where chronicles the processes they underwent before the excavations.

The report showed that three previous testing and data recovery programs were conducted in the area where the mass graves were located in Achugao, Tanapag in 1990, 1991 and 1995 and all the testing were in compliance with the U.S. 1935 Historic Sites Act, the National Historic Preservation Act of 1966 and the 1980 National Historic Preservation Act amendments as well as CNMI Public Laws 3-33 and 3-39 which pertain to the removal or treatment of human remains for historic preservation.

The archaeologists' report stated that the team dug a total of 77 trenches all over Marpi— 37 trenches from May 21-24 and 40 more trenches from June 27 to July 3 before the mass grave was finally located containing 547 sets of human remains. All the trench excavations were monitored by the archaeologists and the bones were identified to belong to Japanese soldiers.

The archaeologists also kept tallies of the number of skulls recovered and cross referenced with the total number of bones like femurs and tibias, to identify how many sets of human remains were recovered. The team retrieved a lot of items along with the skeletal remains from the mass graves including rifles or machine guns which the soldiers carried when they died, grenades, bayonets and knives, helmets, water canteens, a Japanese canister with medicine to counteract poison, belt buckles, buckets, wire, ribbed rebar, a mess cup, nails, metal braces, ammunition, ordnance, miscellaneous metals, and shrapnel.

The cremation was done at about 5 p.m. that day, and they had to wait till the ashes cooled enough to be placed in six different containers and flown off to Japan the next day.

I left the little clearing a couple of hours later, the memory of the hungry flames devouring the pile of the unknown soldiers' skeletons and the strong stench in the air etched into my memory forever. Some remnants of any bloody war could not just be blotted out easily.

Preparing to burn the bones